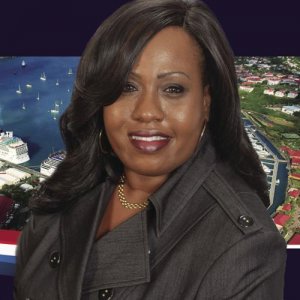 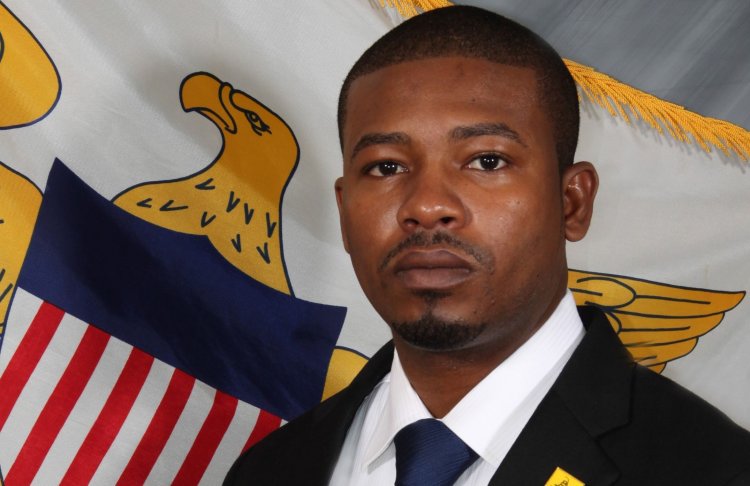 From the Huffington Post to the New York Times,  local Virgin Islander, Republican National Committee member and Board of Elections member Jevon O. A. Williams made headline news across the U.S. today as his email response to Utah Senator-Elect Mitt Romney went viral.  Former Republican Party Presidential Nominee Mitt Romney penned an Open-editorial in which he stated that the President of the United States Donald Trump's "Character falls short", among other things.

Leaping to President Trump's defense, Virgin Islander Jevon O. A. Williams' scathing email to fellow National Committee members in response to Romney's Open-Editorial has been described by some National Headlines as the launching of a GOP Civil War.

“Seriously. I swear that Republicans can be their own worst enemy,” Republican National Committee member Jevon O. A. Williams wrote.

National Committee Member Williams, states in his email that rules must be changed in an effort to protect President Trump from others seeking to get the Republican Party's Presidential Nomination for the 2020 Election.

As President Trump eventually tweeted on this Open-Editorial from Romney, he said "Here we go with Mitt Romney, but so fast! Question will be, is he a Flake?..."

In his Trump protection email, Williams urged fellow RNC members to change Rule 40, which requires a candidate for the nomination to garner support from a majority of delegates in at least five states or territories in order to be placed on the nominating ballot at the Republican National Committee Convention. Williams also called for a resolution to declare Mr. Trump the presumptive nominee in 2020, calling for these changes take place at an RNC winter meeting later on this month.

In the Virgin Islands where more than 75 percent of the Voting Population is registered Democrat, many did not have much to say about the potential battle brewing within the Republican Party.

Merry Christmas (yes, it’s still Christmas), happy New Year, and warm
greetings from where many of you probably want to be right now:
America’s Caribbean.

Imagine my surprise when I read the junior senator-elect from Utah’s
unprecedented rebuke of President Donald J. Trump in an op-ed on the
pages of The Washington Post that ran before he was even sworn into
office. I couldn’t believe this was coming from our party’s 2012
nominee, who, despite differences in politics, still professes to be a
Republican. With Republicans like him who needs Democrats.

Seriously. I swear that Republicans can be their own worst enemy.
Democrats don’t have to worry about the three-ring circus and civil
war that is engulfing their party’s 2020 nomination campaign because
so-called Republicans are forcing us to spend valuable time, money,
and resources in re-nominating our president.

Make no mistake. This was calculated political treachery. The op-ed,
again before he even assumed office, was published the night of New
Year’s Day. This was done to define the week’s narrative in the
mainstream media and chattering class. It also only serves to
undermine our party and its president by playing into the hands of
House Democrat Leader Nancy Pelosi and Senate Democrat Leader Chuck
Schumer as they seek to divide Republicans and distract attention away
from their refusal to protect our borders.

As an immigrant, a combat veteran, a black American, a millennial, and
as a member of the RNC, I wholeheartedly support and endorse President
Trump for re-nomination. That isn’t to say I don’t have my
disappointments. I do. Like many of you, I have been frustrated by the
inability to get Republicans nominated to U.S. attorney, U.S. marshal,
and District Court judgeships. But the record is clear and President
Trump’s policies at home and abroad are getting results by putting the
national interest first and foremost.

My friends, you know what’s going to happen.

Messrs. Romney, Flake, and Kasich will continue chasing their fantasy
of being president, even if that means destroying our party and
denying President Trump re-election.

Look, the political history is clear. No Republican president opposed
for re-nomination has ever won re-election.

Unfortunately, loopholes in the rules governing the 2020 re-nomination
campaign are enabling these so-called Republicans to flirt with the
possibility of contested primaries and caucuses.

Accordingly, I am asking for your support to take the unprecedented
step of amending the rules to close loopholes in the re-nomination
campaign, including Rule 40. These rules, as I read them and has been
reported in the press, didn’t take into account an incumbent president
running for re-election. Beyond a rules amendment, I also ask for your
support of a resolution declaring the RNC’s unanimous and unequivocal
endorsement of President Trump for re-nomination. This resolution
would also declare him the presumptive nominee in 2020. I intend for
both of these items to be acted upon at the winter meeting later this
month, including, if necessary, by suspending the rules to take up
this business.

The so-called Republicans seeking to defeat President Trump have used
our silence to advance their cause.

It’s time to make our voice heard: Our party, be it the RNC or the
grassroots in the 56 states, territories and District of Columbia, is
united behind President Trump.

French minister asks Trump not to meddle in French affairs...

Imitation may be the sincerest form of flattery, but it can also send the wrong...

Windows Calculator Will Soon Have a Graphing Mode - Thurrott.com

Windows Calculator Will Soon Have a Graphing Mode  Thurrott.comThe Windows...

Could Walmart be the next big company to launch a game...

Could Walmart be the next big company to launch a game streaming service?  TechCrunchHands-On...